Sincere apologies for the delay in posting these summaries. The local labor-management meetings are now finished — reports from Irvine, Riverside, and Davis will be posted shortly.

In addition, initial proposals for bargaining are due on Monday, December 3. Check back soon for a full description of the union’s and the University’s opening demands.

Please see below for full accounts of the labor-management meetings at UCLA and UCSB:

Following introductions, both management and the union expressed their appreciation for the opportunity to come together to discuss Unit 17 issues at UC-Los Angeles.

Pat Hawthorne began the meeting by giving a brief overview of the 2005-06 strategic plan that was implemented for the UCLA libraries with specific goals to create one of the best collections for research of any major institution. One of the primary goals is the full digitization of all UCLA catalogs and holdings. Many of the library buildings at UCLA have been neglected and need to be brought up to date for new technologies. As the UCLA libraries go through new educational technology initiatives, they will provide the opportunity for representation of librarian perspectives on all levels on library committees and decision making.

UCLA is currently utilizing staff to the maximum and recognizes that recruitment and retention is very critical but also difficult. Retaining talent is important. The library is proud that it develops homegrown staff who choose to remain at UCLA. Currently UCLA ranks about 64th out of 100 in beginning Librarian salaries nationwide. UCLA has recently had 29 new appointments in its libraries in order to replace many retirees. Some of its mid-level people have also left to pursue other career opportunities. Some of their positions still remain open.

Next, the UCLA librarians gave an overview of the campus library system. Over the past few years, many major reorganizations have been completed, resulting in changes to job assignments, disruptions, and loss of staff. In a recent move of technical services from the Young Research Library to a building on the south edge of the campus (Kinross), librarians had no input in the planning and coordination.

In general, UCLA librarians believe that the Library is a very top-down organization. Librarian/management relations can be, but are not always, respectful though not especially positive in many cases and librarians do not feel that their concerns are acknowledged, much less actively solicited.

One of the major areas of concern at UCLA is salary. There are significant problems with recruitment and retention. The high cost of living prevents some prospective appointees from accepting offers, especially if they are already homeowners in other parts of the country. To compound this problem, relocation costs are reimbursed at only 50%. (The library claimed that this was a campus requirement. UC-AFT knows that this is not true.) It is especially difficult to recruit and retain people in particular areas of specialization, such as law. (Within the last 18 months, 4 librarians have left the Law Library for higher-paying jobs.) UC librarians earn less than librarians at local CSUs, community colleges, and private universities such as USC and Pepperdine. This salary lag has a major impact in the recruitment of highly qualified candidates.

A second major area of concern is workload. Some library vacancies have remained unfilled for months and even years, with a resulting increase in load for the remaining librarians. These “temporary” extra assignments add new duties to an already stressed workforce. Vacancies also lead to tremendous backlogs of work that simply remains undone, especially in areas that require language expertise.

New technologies and new mediums are continually being introduced. Learning to manage new technologies and digital collections takes time and knowledge of these systems must be continually updated. At the same time, the range of duties in “old” technologies have not gone away. For example, E-learning requires specialized instructional technology expertise, on top of the traditional expertise of teaching informational literacy skills to students. New requirements in UC systemwide technologies create all sorts of new work – for example, managing the transition from Melvyl to WorldCatLocal.

The amount and pace of change is daunting and overwhelming. In combination with staff shortages, it is impossible to see any prospects for adequate support of relief. All of this leads to morale issues.

A third major area of concern is professional development. UCLA provides about $705 to each librarian annually for professional development funding, an amount that is completely inadequate for attendance at national conferences. Yet for merit and promotion, this sort of activity is required. Additional funding from the UL is inconsistent and cannot be counted on or planned for. In addition, some librarians are not allowed by their supervisors to attend conferences or workshops – or they are told what they can and cannot attend. Librarians have the right as academics to decide which areas to pursue in order to develop their professional expertise and should not be prohibited from attending conferences or workshops unless they are needed to staff service points at particular times and/or dates. Finally, librarians who want to pursue Criteria 2-4 activities during holiday closures need to be allowed alternative arrangements, because librarians are academic employees who can perform this work off-site; this has been a consistent problem over the last several years. Because of workload and inadequate financial support, librarians at UCLA do not have enough time or funds to perform research or participate in professional activities.

In closing, UCLA management expressed the willingness of the UCLA Librarian to meet with librarians and discuss their concerns. Management also stated that the University Librarian meets with LAUC regularly and takes their concerns seriously. UCOP was very adamant in stating that they separate LAUC and UC-AFT, because the librarians decided years ago that UC-AFT is their bargaining agent. Librarians closed by stating that a good example of being ignored is that the UCLA UL, along with the library AULs, had all decided not to attend the labor-management meeting.

Special thanks to Michelle, Louise, and Lisa for their presentations on behalf of the unit.

At UCSB, the University was represented by Deanna Dudley and Myron Okada from UCOP Labor Relations, Leslie Sanchez and Sydney Roberts from UCSB Labor Relations, and three AULs from the UCSB Library: Detrice Bankhead, Patrick Dawson, and Brad Eden.

After introductions and expressions of thanks from both sides for the opportunity to share librarian concerns, Detrice Bankhead spoke to the challenges and opportunities at UCSB. Major changes are in the works, as the library is planning for a major renovation and a new UL is arriving very soon.

Cost-of-living is another huge issue in Santa Barbara. The current salary scale and system for librarians makes it very difficult to recruit librarians. Non-Senate academics do not have access to mortgage assistance programs.

The library wants and expects its librarians to be active and participate in Criteria 2-4 activities. But travel from SB is expensive. There is some augmentation to the professional development funding in the MOU, but more support is needed.

The librarians then made their presentations.

Salary is a critical concern in Santa Barbara. The cost-of-living is extremely high. Housing costs are skyrocketing; almost no one can afford to buy a home and even rents are getting to be out of reach. The only alternative is to commute upwards of a hour.

The UC scales are not competitive with local public libraries and badly lag the CSUs. Lots of librarians, especially those who are early-career, have second jobs. Early-career people are looking elsewhere for employment, solely due to the cost of living. It’s very difficult to recruit qualified candidates once they look at the cost of living.

Workload was the second major area of concern. Some librarians have left or retired and their work has been redistributed to those who remain. Because UCSB is a relatively small research library, librarians have responsibilities in many different areas – and are required to have many different competencies. There are extensive teaching responsibilities and efforts at outreach, which require librarians to offer classes at off-site locations, such as dorms. Collections are now on-line, and reference traffic has increased hugely. The library no longer just services the local campus community.

There is extensive support staff turnover, due to the exceptionally high cost of living. The pay is so low that LA 2s, 3s, and 4s cycle through very quickly. It then falls to librarians to constantly re-train new support staff – or sometimes pick up this work themselves. Also, librarians and department heads constantly have to take time to recruit and interview new library staff. Librarians are expected to be trainers, leaders, and helpers for all library staff, a role that has become more burdensome as new technologies are implemented and changed.

Finally, support for professional development is a major problem. Many UCSB librarians pay 50-75% of the cost of their travel to conferences and meetings out of pocket. This adds up to an average of $3,000 – $5000 per year. This sort of professional activity is expected by library administration, and is necessary for librarians to do their jobs well. People can’t accept committee assignments for major organizations because they can’t afford to travel to the committee meetings. Because the library budget has been so flat, there simply isn’t enough support for administrative travel.

The UCSB librarians made it clear that they are committed to their work and the institution. But they do not have the resources and support they need to get the job done. The UC system loses good people because they are tired and overwhelmed by having to make do with less than they need. Professional librarianship cannot thrive in a resource-starved environment and the campus will suffer from a library that is diminished in quality.

This was a frank and pointed discussion. The librarians represented different areas within the library (public services, technical services, special collections) and thus were able to bring examples from their areas of expertise to the table. Special thanks to Gary, Elaine, and David for their powerful contributions. 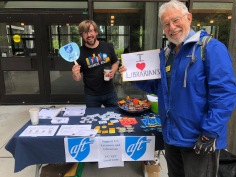 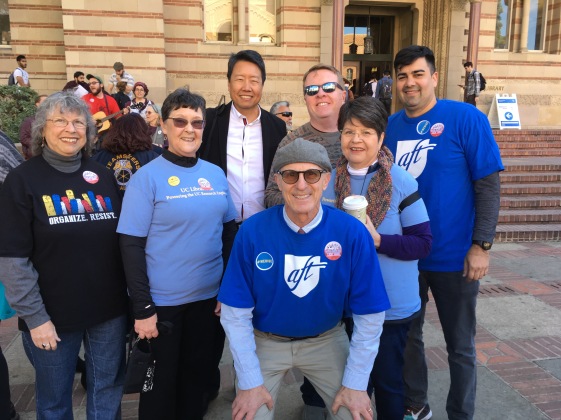 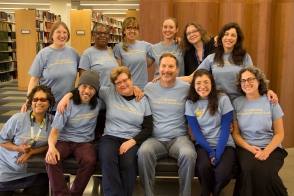 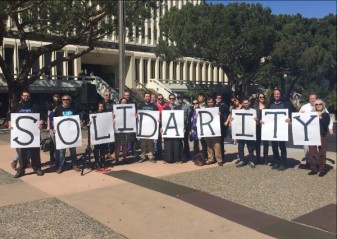 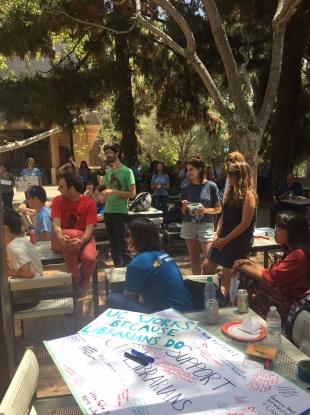 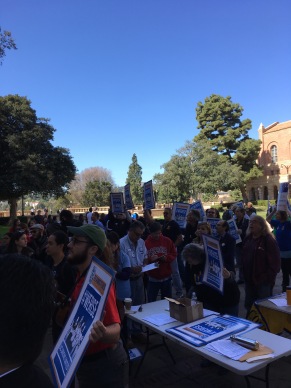 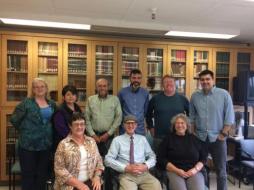 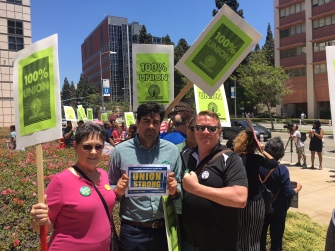 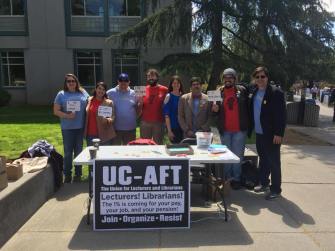 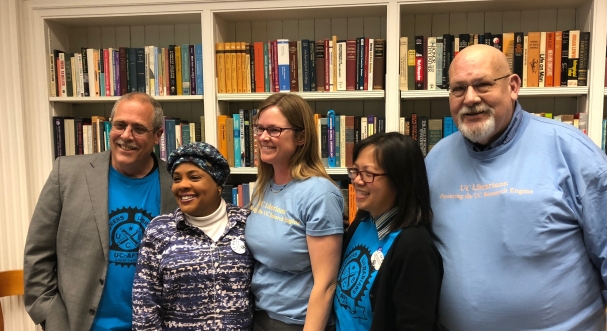 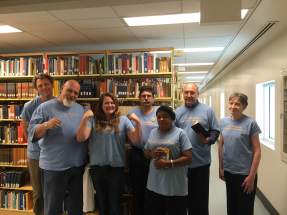 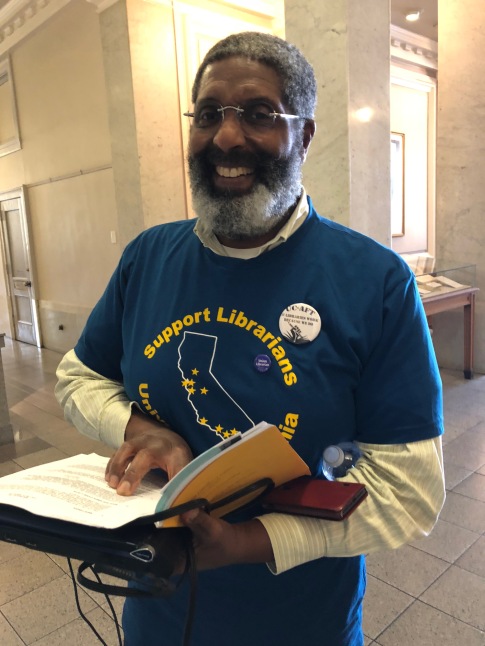 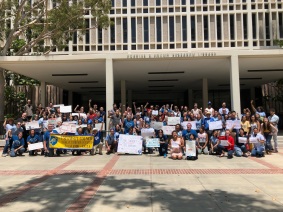 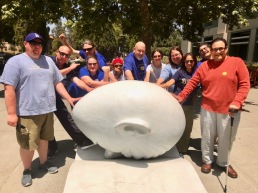 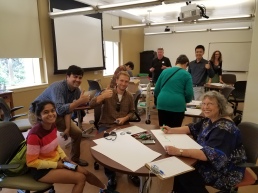 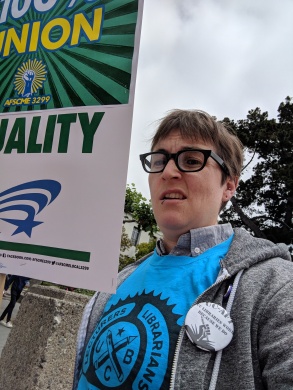 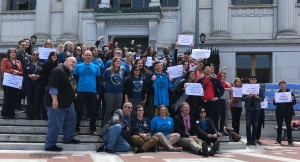 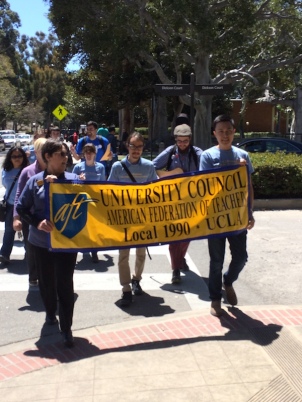 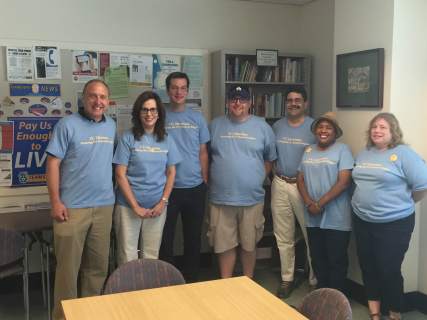 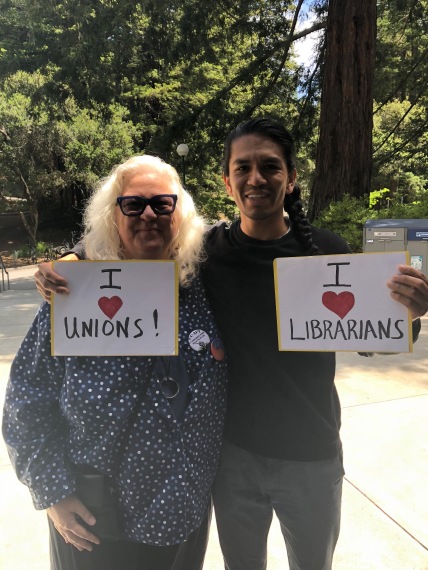 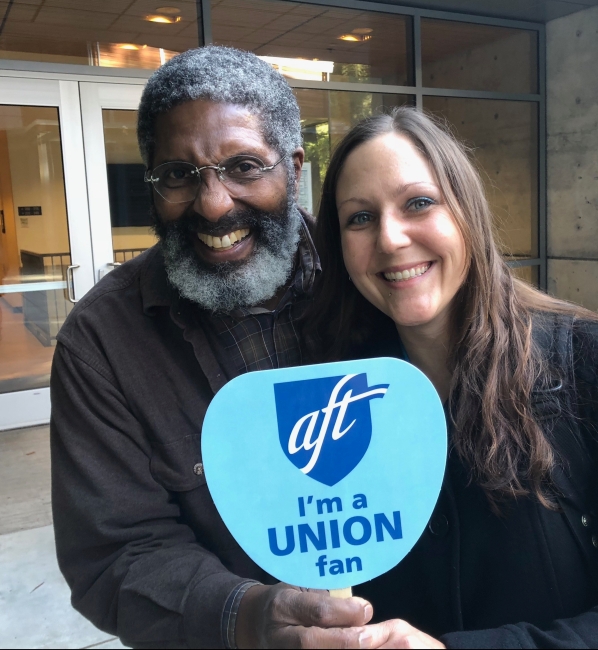 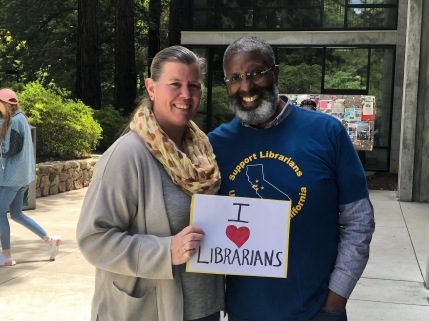 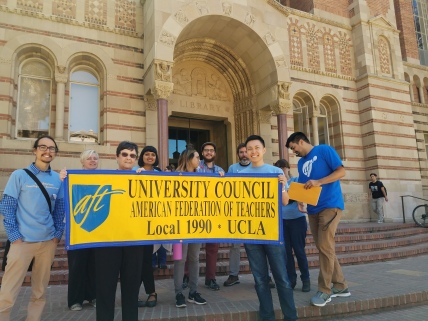 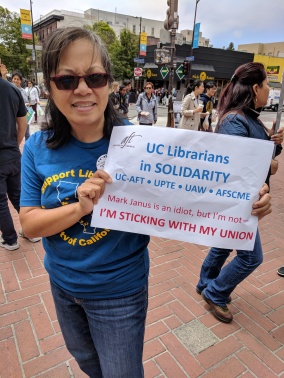 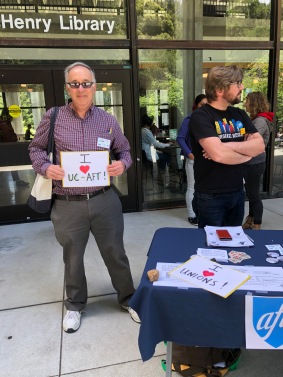 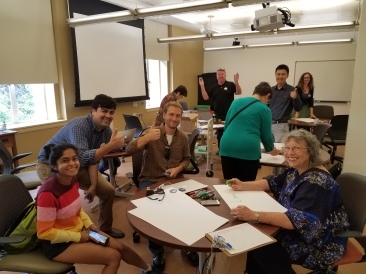